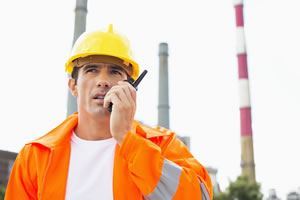 If you’ve not worked with a two way radio system before, you might have questions about what set up will work best for you.  Some might even wonder if a mobile phone can do the same job as a two-way radio network.

Depending on the type of business you run, you may need an on-site radio system, or a wide area radio network covering a much greater range, or both. And in most cases, there are advantages to a radio system that mobile phones just don’t have.

DCS 2 Way Radio advises customers on the best solution for their business, but here are a few features of radio systems versus mobile phones to get you thinking about what might suit you.

On-site radio systems are ideal for teams that need to communicate on a fixed site from a specific location. This might mean just one large building or it could be a complex such as a hospital, sports ground or building site. 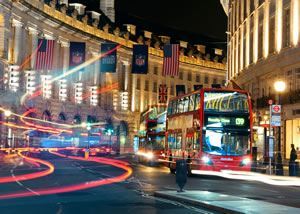 If your employees cover a much larger area, you will need a wide area radio network to set up good lines of radio communication. Taxi operators, bus and coach companies and council employees are just a few examples of people whose jobs might take them through a large site, town or even a city.

Wide area radio networks can cater for both vehicle mounted radios and hand portables. Base station repeaters relay radio messages over a wider area via transmission masts or high antennas.

Why use two way radios at all? Wouldn’t a mobile phone do the job just as well?

There’s no doubt that mobile phones are useful, but they don’t always offer the most efficient solution for businesses.

Hand portable radios often have a range of useful features, some of which they share with mobile phones, but several which are unique to radio.

There are many radio set up options we can advise you about and consultations are free, so get in touch with the experts at DCS 2 Way Radio today. Our long and short term radio hire packages are second to none.

We supply both UHF and VHF two way radios, but if you're confused about which to ask for, don't panic. Our ... Read More » 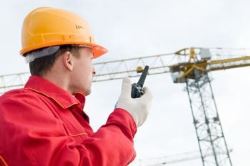 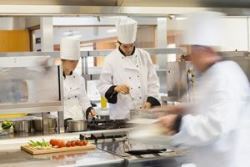